Do You Have a Federal Pacific Panel?

If your home was built between 1950 and 1980, there’s a chance that you might have a Federal Pacific circuit breaker (also known as the FPE Stab-Lok breaker panels).

Because of the cost and ease of installation, the Federal Pacific panel was widely adopted in suburban developments. If you have one of these panels, your home is at considerable risk of breaker malfunction or fire. While Federal Pacific Electric has been out of business for some time, many were installed during this time period and they are quite common. These panels appear normal from the outside, but they pose a serious fire hazard.  It has been suggested that there are as many as 28 million of these breakers in use in the U.S. which means that in some conditions, as many as one million of them fail to provide proper fire protection. 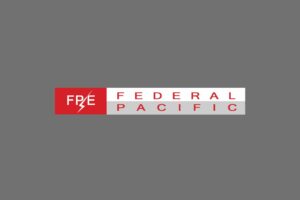 The circuit breaker panel in your home is the center of your home’s electrical system. Its job is to receive power and evenly distribute it across your house. They are one of the most important safety devices in any home, protecting against short-circuiting, overheating, and circuit overload. If too much current starts flowing through the wiring, and the electrical breaker fails to stop that on time, there is a high risk of starting an electrical fire.

If you need an Electrical Service Panel Upgrade, Randy’s Electric is more than happy to help.

The main reason for Federal Pacific Stab-Lok Breaker failure is their high rates of not tripping when they should.

In a 1980s court case, it was revealed that not only were the breakers failing to pass the Underwriter’s Laboratories (UL) guidelines but that Federal Pacific committed fraud and a cover-up regarding their testing. They labeled the breakers as meeting the UL standards when they clearly did not.

The easiest way to tell if you have a Federal Pacific panel is to check the cover on your breaker box. You’ll see the name Federal Pacific or FPE printed or etched onto the panel cover. If there are no markings on the exterior of the cover, open it up and check to see if there is any Federal Pacific branding.

The box itself is not the danger—rather it’s the FPE Stab-Lok circuit breakers. These breakers typically have a red stripe on the end of the switch where the circuit amp rating is printed in black.

What if I have a Federal Pacific Panel? Do I have to replace it?

The long answer: While you aren’t required by home inspectors to replace your panel, it’s in your best interest and safety to replace it. The best course of action is to replace the entire panel and circuit breakers with newer units. Replacement FPE Stab-Lok circuit breakers are unlikely to reduce the failure risk of this equipment. We recommend that residential FPE Stab-Lok electrical panels be replaced entirely regardless of FPE model number or FPE year of manufacture (Source: https://inspectapedia.com/fpe/FPE_History.php).

Randy’s Electric provides a 25-year warranty on service panels provided by our electricians. This includes enclosure, bus bar, and main breaker. The warranty on service panels is transferable. Randy’s Electric will either repair or replace the product at no additional charge. The warranty does not cover any problem that is caused by conditions, malfunctions, or damage not resulting from a defect in material.

At Randy’s Electric, we can upgrade your Federal Pacific panels to keep you and your family safe. If you are looking for an “electrician near me,” or “Minneapolis Saint Paul electrician,” be sure to give us a call at 612.260.1964.

The information on this website is for informational purposes only; it is deemed accurate but not guaranteed. It does not constitute professional advice. All information is subject to change at any time without notice. Contact us for complete details.

$100 OFF your next electrical service!
See Details
X
Google Rating
4.8
Based on 3610 reviews

Troy Mason
19:18 30 Dec 22
Joe and Brian saved the day! Our usual electrician had a medical issue and could not finish the kitchen project. Joe was able to get there the next day and complete the project in a timely, professional and courteous manner. Client is happy and so are we! Thank you and will be using you again on future projects!~ Mason Construction Services

Greg Bluem
01:14 08 Dec 22
We had a very positive experience with Randy’s Electric on a recent chandelier installation. Scheduling was very straightforward, and we received both an email and text confirming our appointment. As promised, we received a call from Richard 30 minutes before his arrival during the 2-hour appointment window. Richard himself was extremely personable and clearly knowledgeable; he was very transparent about various potential complications and their cost impact and provided a baseline price estimate within minutes. He worked for two hours, made sure our hardwood floors were protected and cleaned up very thoroughly once the work was complete. We would definitely consider Randy’s Electric for future jobs - thanks, Richard!

Brianna Bacher
19:20 23 Nov 22
Once I submitted a request, I heard back almost immediately about scheduling an electrician to come over and check out the work we wanted done. Our basement was a bit daunting of a task considering all the DIY previous owners had done, but Jeremy and his team took on the project and did beautiful work. They were always considerate around our home and were happy to answer any questions. They upgraded our breaker box and gave us some lighting in our basement - all greatly needed. Communication was always there and very timely from everyone at Randy's. Overall, great professional work and timely considerate customer service. I'd definitely recommend them.

Ivy Gracie
17:17 21 Oct 22
Mike and his apprentice, Austin, were on time and ready to go for our light fixture installation. Both our ceiling and the light fixture came with some unforeseen complications, but Mike was thoughtful, professional and with his suggestions to work through them. He gave us time to consider our options and when we decided to proceed, he and Austin got the job done quickly, efficiently and beautifully. Throughout the process both Mike and Austin were kind, friendly and professional - we even had a few laughs along the way. We feel so good about Mike and Austin, and about Randy's Electric. The service and care everyone gave us - from scheduling to completion - was above and beyond. So refreshing! I would recommend Mike, Austin and Randy's Electric without hesitation - a great experience all the way through!

Jennifer Cho
17:56 21 Sep 22
I am 100% thrilled with Randy's Electric. Scheduling my appointment was fast and easy. Communication has been clear and effective from the beginning. Tom and Dan just completed an estimate visit. They were professional, friendly, and respectful of me and my property. They explained every proposed step clearly. They took the time to find best solutions and multiple options for my particular needs. I highly recommend Randy's Electric!

Madeline Ludzack
15:30 14 Sep 22
I had my basement renovated and used Randy's for all of the electric work. I got more than I paid for! Guy did all of our work and went above and beyond. Our home had original electric from the 50's and a previous owner who liked to tinker - so a total mess!Guy made sure that every outlet and every connection was safe and correct, even on the first level of the home where he wasn't working. We had a few odd things happen in the home with original electric work and Guy always found time to stop by and make adjustments in between our scheduled work.Financing was easy and a GREAT deal, 18 months no interest.Our office contact, Bob, was very responsive and helpful as well, he answered all my questions and called me to explain things in layman terms when I needed it.LOVED Randy's, I would recommend to family and friends.

Rob Gintner
13:41 21 Jul 22
Ben was amazing. He called ahead of arriving and arrived on time. He always put booties on his shoes to ensure he didn't track in the house. Alwqys had drop cloths down to minimize cleanup and did an amazing job cleaning up after himself when he was done. On top of that he was friendly, conversational, and gave sound options and advice so we could make informed decisions that work best for us. Will definitely be using them again.
See all reviewsWrite a review